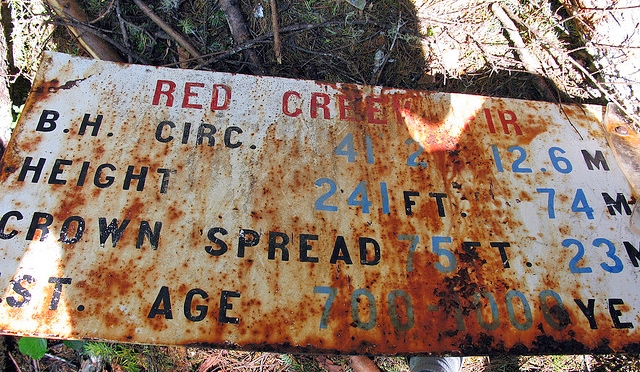 Time now for the conclusion of this chronicle. The sundial moves forward yet another year, to May of 2009, and, you guessed it, we’re chilling again at the Horseshoe Bay Ferry Terminal. It’s way too early to be drinking anything but coffee, but it’s another bluebird day, and this time we’re going to find that tree, right? The Simpsons imitations are flowing freely, and I’m doing my best Troy McClure ( credit here to The Simpsons, all rights reserved, and the late great Phil Hartman )… 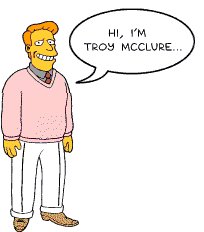 ” Hi, we’re tree hunters Mick and Chris, you may remember us from such failed  Red Creek Fir expeditions as last year, and the year before that. Will we be third time lucky? ” 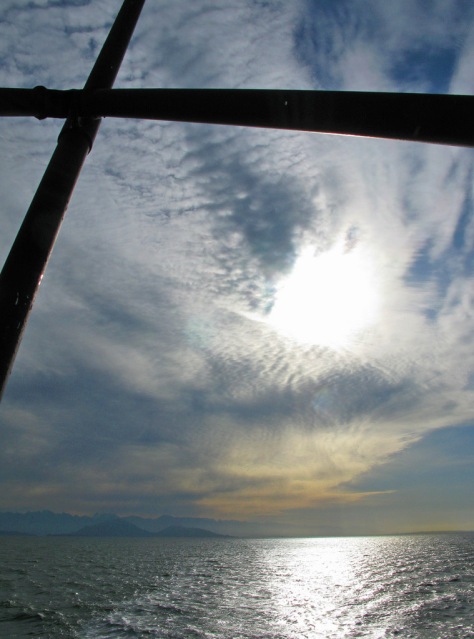 This time, though, as far as I was concerned, it was going to work out just fine. I had contacted my friend and fellow hiker Scott, who lives in Victoria, and had been to see the tree before, in 2005. The plan was to pick him up along the way and head out to Port Renfrew on Highway 14. Morning sunshine provided some fine views on the boat ride to Nanaimo.

It was smooth sailing to Nanaimo, and trouble free driving to Victoria, where we met Scott. He’s what you’d call a true Vancouver Islander, in that he loves the lifestyle there and sees little need to venture to the mainland very often. I can’t say as I blame him, as I certainly enjoy my time there too! Much of the drive was spent catching up and discussing prospective climbs in remote regions of The Island, especially the isolated northern ranges, which I’ve not visited at all.

We had planned in advance to approach via the new logging spur, so we crossed over the San Juan River and then doubled back over the Lens Creek Bridge. Hopefully, this time, the tree wouldn’t see us coming and hide, you know, like it did the last time.

The new spur lands you at about the 13 km mark on the old Red Creek Main, and in Scott’s memory the trailhead was quite close to where the roads intersected. It was decided we’d try to spot the tree from the vehicle at first but when that proved fruitless, we jumped out and began to scrutinize every tree and rock for signs of disturbance. After about ten minutes of searching, suddenly we heard a loud holler from Scott, he had found the trail! Chris drove back and parked in a clearing with a pile of old culverts. If you go, pull over on driver’s right, the trailhead is on the same side of the road just upriver from where you’re parked. We rebuilt the cairn, which had been dismantled, and found some flagging tape to do some marking where the path begins.

Ironically, the tree is a very short stroll from the road, and the last time we visited we were, unwittingly, not much more than 150 metres from where it stands, As an added bonus, you get to see three very old Western Redcedars that are just downhill from the world champion  Douglas Fir. They are called The Three Sisters, appropriately enough, and all are over 400 years old.

I clearly recall the elation I felt on the hike in, as we’d already devoted over 40 hours on three separate excursions in the quest to see this forest giant, after all! At that point, though, we’d probably have crawled there on broken glass, I recall Chris saying, only half jokingly. It had been since the early 1990s that I had first read about the tree, and I had been sure it would prove almost mythical in stature.

The next thing I knew, Scott called out excitedly. “It’s still here!” And so it was, though it had lost a  limb from its ancient upper canopy, perhaps in the great storm of December 2006. Scott  was just as impressed as he’d been when he first visited, and as for us, I’m not sure if we were more in awe or just dumbfounded that we could finally see it!

The tree is almost 14 feet in diameter, and is the world”s largest member of the pine genus as well. Its future status is reasonably ensured, but nearby logging has made it somewhat vulnerable and exposed to rough coastal windstorms. Still, it has managed to survive a millennium, so perhaps it will survive another.

Huge valley bottom specimens such as this are the rarest of the rare, and it’s not likely very many remain. We need to make every effort to preserve trees like the Red Creek Fir for others to see.

This image below is a five frame vertical panorama that I took of Scott and the tree. It really puts into perspective just how immense it is. I had never seen a fir over 10 feet in diameter before and to see one 14 feet in diameter was remarkable. It’s about 240 feet in height, but the top leaders were blown off years ago so it’s possible this tree was once close to 400 feet tall. We could actually get close without trampling the root system as we were basically standing on the fallen limbs.

We spent quite a while clambering  around and looking at different aspects, here are a few more.

The broken limb that had crashed relatively recently nearby was as big as a young second growth tree all by itself.

You could certainly build a few houses from the timber if this giant were ever to fall, but I hope that that day never comes to pass!

Now it was time now to head home, but I found it especially hard to leave. We consoled ourselves with the knowledge that now we at least knew where to find it, but it almost seemed like we should spend a week there, considering how long it had taken to see this tree.

It was a happy trek back to Victoria, where we brought Scott home. How does a guy from Toronto end up living near the corner of Yonge St and Toronto Ave in Victoria? I’m calling that a strange coincidence, to put it mildly. We bid adieu, and continued on the highway back to Departure Bay, this time with a sense of accomplishment. If you read this, thank you Scott!

So, what were we going to do now, with this mission impossible finally accomplished?Well, we’d probably find something else to obsess with, after all, it’s what we live for! Time for yet another ferry ride to close out this epic. I couldn’t wait for the cold beer that I knew awaited me in the fridge at home, hours away!

Thanks to all of you who actually took the time to read the whole tale. I hope you had as much fun reading it as I did writing it.  Until next time…..

Quathet alpine at sunrise. These are the Coast Mountains as seen from the beaches of Courtenay on one fine September morning
Always remember to look back as well as forward, whether you're climbing or descending a mountain. This is what trains the mind to recognize terrain features and alternative routes. That, and you just might see something really cool! Photos of me, and the last in sequence by @north_shore_explorer 🏞️🌲🏔️
It's difficult to tangibly express why it is that I feel more comfortable in the mountains than anywhere else. I suppose the truth is that while the challenges can be considerable, the ones I've faced in life have simply been harder. Real difficulty lies in the execution of everyday life, and that which requires consistency and dedication. Climbing mountains is easy, by comparison. @north_shore_explorer 🏔️🌲🏞️🐻🌲
They say that if you want the worthwhile things in life, you're going to have to work for them. As with climbing mountains, that will require effort and determination, at minimum. I don't dedicate climbs all that often, but this one goes in honour of my late father in law Albert Marriott. He always worked hard, carried a fine spirit, and I will never forget the love and time he spent with our son, who is autistic and required much attention. Thanks Dad 🌲🏞️🏔️⛵ ♥️ @jan.bailey.5
The many changing faces of Circlet Lake Campground in Strathcona Park. The last of summer fades away as autumn arrives, and it was a privilege to see🌲🏞️🌧️🏕️
Hiking Paradise Meadows and the Forbidden Plateau on our way to Circlet Lake last week. Strathcona Park is spectacular! 🏞️🌲